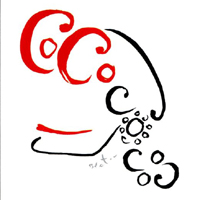 (1 / 5) It’s terrible, fascinating, and possibly the most unreviewable of all cast recordings. Alan Jay Lerner cooked up this musical bio of Coco Chanel and somehow got Katharine Hepburn to star. The result is a camp hoot as viewed from many different angles. Hepburn’s singing makes Lauren Bacall sound like Joan Sutherland; she ends up in a statistical dead heat with Bette Davis for the title of least vocally qualified star in Broadway musical history. Just listen to her gamely navigate Lerner’s tongue-twisting lyrics (“Should I drive myself to drink / For some ruffians who think / That chic is someone riding on a camel?”) while a drumbeat struggles to keep her in some kind of rhythm. Furthermore, the show is a museum of dated social attitudes: Lerner constantly raps Chanel on the knuckles for putting a career before love, and much of the action focuses on Coco’s pathetic attraction to a young model, Noelle, whom she views as a surrogate daughter. (As Noelle’s boyfriend points out, “To me this emporium / Is sex in memoriam / Where feelings are frozen / And face lotion flows in your veins.”) Furthermore, Chanel’s nemesis is Sebastian (René Auberjonois), a screaming queen of a dress designer described in the original liner notes as “almost male, almost female, almost human.” His number “Fiasco,” in which he hyperventilates in triumph over Coco’s flop showing, is best described as grisly. And yet — André Previn’s music is jazzy, impudent, and often gorgeously romantic in the style of his years at MGM; Lerner’s lyrics have much of his old urbanity; and Hepburn’s star power burns through everything. You’ve got to hear this album once, even if you never want to hear it again.  — David Barbour