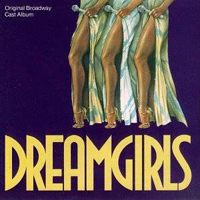 (2 / 5) What were they thinking? The most exciting Broadway score of the 1980s was carved up to fit on one disc, and thereby was stripped of its narrative drive and emotional punch. But what a score! Under the whip hand of director-choreographer Michael Bennett, librettist-lyricist Tom Eyen and composer Henry Krieger created a musical loosely based on the story of Diana Ross and the Supremes. This is no trashy tell-all; rather, Dreamgirls is an American epic, tracking no fewer than eight major characters as they climb to the top of the music industry. It’s a musical melodrama about ambition, adultery, lies, corruption, and betrayal, set to an irresistible Motown beat. Moreover, the authors have much to say about show business as a pathway to assimilation for black Americans, and the high cost of success. The disc preserves Harold Wheeler’s non-stop orchestrations and Cleavant Derricks’ electrifying vocal arrangements. The cast, including Sheryl Lee Ralph, Loretta Devine, Ben Harney, and Derricks, is first-rate — but Jennifer Holliday’s performance as Effie, the Dreamgirl who is cast out of the group and betrayed by her scheming lover/manager, seems more and more mannered upon repeated listening. Her rendition of the first-act finale, “And I Am Telling You I’m Not Going,” caused standing ovations in the theater; hearing it today, you may be unnerved by her wild, unrestrained vocalizing. Still, the big disappointment of this disc is what’s missing from it. Among the cuts are “Heavy,” the number that signals trouble brewing in the group; “It’s All Over,” the dramatic scene that sets up “And I’m Telling You I’m Not Going”; and much of the dazzling opening sequence that introduces all of the major characters. While there are moments of excitement here, this groundbreaking musical didn’t get the treatment it deserved in the recording studio.  — David Barbour 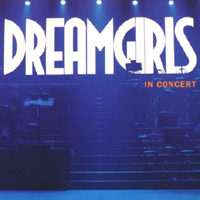 (5 / 5) This recording based on a benefit concert presented by The Actors’ Fund is an embarrassment of riches. The cast is led by divas Audra McDonald, Heather Headley, and Lillias White, and even the smaller roles are filled by the likes of Alice Ripley, Emily Skinner, Brian Stokes Mitchell, Malcolm Gets, Norm Lewis, and Patrick Wilson. Most important, the recording redresses a historical injustice by preserving the show in its entirety, giving listeners full access to the dramatic reach of the Krieger-Eyen score. It also preserves the Effie of Lillias White, a veteran of the original Bennett production. White’s sassy, spiky, yet deeply vulnerable performance is tops; she sings “And I Am Telling You I’m Not Going” as a hair-raising aria of heartbreak and rage, while her rendition of Effie’s Act II anthem “I Am Changing” is triumphant. McDonald and Lewis turn the duet “When I First Saw You” into a shattering confrontation, and Headley stirs up a whirlwind of comic fury as she tells off her married lover in “Ain’t No Party.” When all three ladies tear into the title number, you’ll be in Diva Heaven. There’s also fine work from Billy Porter as a James Brown-like figure whose career is skidding, and Darius de Haas as the group’s ambitious songwriter. The recording is pure gooseflesh from beginning to end, and one of the few really essential cast albums of the decade.  [Ed. Note: Although this is presented as a live recording of the concert, it seems that a great deal of it was actually redone after the fact in a studio.] — D.B.