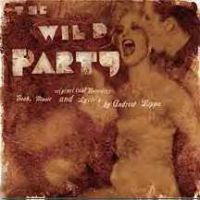 (4 / 5) This was the first of the entries in the 2000 competition between two stage musical adaptations of Joseph Moncure March’s epic poem. Although Andrew Lippa is a talented musical dramatist, his lyrics aren’t always perfect here (he employs a lot of metaphors that don’t make any sense), and the pop-rock influence in his music is rarely accurate to the period. Still, the overall effect of the Manhattan Theatre Club production was dazzling. Unfortunately, the cast album doesn’t fully indicate how brilliant the piece was onstage. For one thing, the nearly through-sung score was chopped down to 73 minutes of “highlights,” leaving out a great deal of interesting material. Also, the album was made shortly after the show closed, when its astounding leading lady, the previously unknown Julia Murney, wasn’t in her best voice. Murney still belts the score to high heaven, but not quite as high as she did in the theater. The other excellent leads are Brian d’Arcy James, Idina Menzel, and Taye Diggs, and there are terrific supporting performances by Alix Korey (who delivers the hilarious “Old-Fashioned Love Story”), Raymond Jaramillo McLeod, and Jennifer Cody. Even with the above caveats, this recording is still a fantastic listen; among the highlights are “Raise the Roof,” “A Wild, Wild Party,” “Queenie Was a Blonde,” “Poor Child,” and “Make Me Happy.” — Seth Christenfeld