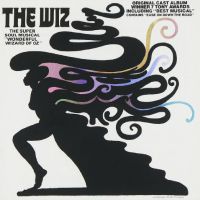 (3 / 5) L. Frank Baum hit theatrical pay dirt with The Wonderful Wizard of Oz. Two years after the novel’s publication in 1900, Baum and partners launched a musical extravaganza based on the tale; the show was a sensation, racking up hundreds of performances in New York and around the country. After countless other adaptations, including an obscure 1939 film that starred some nobody named Judy Garland, Dorothy and her pals returned to Broadway in The Wiz, an African-American musical version of the story with a brisk book by William F. Brown and fun songs by composer-lyricist Charlie Smalls. Among the very few Broadway tunes to become mainstream hits since the 1960s, this score’s infectious “Ease on Down the Road” got a lot of airplay, and Dorothy’s yearning 11-o’clock number, “Home,” put Stephanie Mills (who played the heroine) on the pop map. The Wiz enjoyed a long run and nabbed a bunch of Tony Awards, including Best Musical. Geoffrey Holder’s clever costumes and inventive direction helped turn the old tale into a fresh hit. Heard on the recording are several stellar turns in character roles: Clarice Taylor’s Addaperle (think Good Witch of the North) is a daffy, knowing delight; Tiger Haynes’s Tin Man is a smooth song-and-dance man; Hinton Battle’s Scarecrow is sweet as pie; and Ted Ross’s Lion is full of bravado. Mabel King sounds like a truly wicked witch, and her gospel-inflected “Don’t Nobody Bring Me No Bad News” proves that, for Evillene, double negatives ain’t the half of it. André De Shields is perhaps  a bit too campy as the Wiz, sounding like a real friend of Dorothy. The arrangements are terrific, full of energy and Soul Train-style bounce.  — Robert Sandla 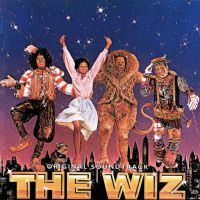 (1 / 5) What is it about Hollywood versions of Broadway musicals? Time and again, shows that worked onstage bomb big-time on screen. The Wiz seemed a natural for filming: It was a Tony-winning Broadway success, some of the songs had hit the pop charts, and the central concept of adapting the classic tale of The Wizard of Oz for performance by a black cast was timely and hip. But what had been a brisk stage production was turned into a lumbering film; the soundtrack album is better only in that you don’t have to watch the movie. The gifted Quincy Jones adapted and supervised the music, and he engaged A-list musicians: Toots Thielemans, Grady Tate, and Patti Austin, among others. But almost everything is overblown here, lacking the drive and imagination that mark Jones’s other work. Some negligible new musical material was contributed by Jones, Luther Vandross, and Ashford and Simpson. Diana Ross was too old for the role of Dorothy, and although she sings well enough here, she begins every song as if she’s just been on a week-long crying jag. (Cut from the movie but present on the soundtrack recording is a new ballad for Ross, “Is This What Feeling Gets?”) The 19-year-old Michael Jackson is irresistible as the Scarecrow, and Nipsey Russell has an affable vaudevillian flair as the Tin Man. Ted Ross repeats his Broadway role as the Lion, but his big moments are diminished here. On the other hand, Mabel King reprises her show-stopping stage turn as Evillene to even more hilarious effect; and the glamorous Lena Horne, in the role of Glinda, gives her all to “If You Believe.” Richard Pryor plays the title role, and since he’s not a singer, the propulsive “So You Wanted to Meet the Wizard” is reduced to bits of woeful dialogue. — R.S.