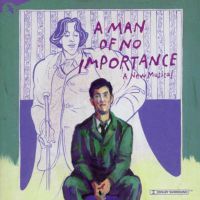 (1 / 5) Roger Rees did first-rate work as Alfie, a Dublin bus driver who revels in amateur theatricals and yearns for a male coworker, but this show was a disappointment. The 1994 film of the same title, a melancholy comedy about Irish eccentrics, was notable for its light touch. In contrast, Terrence McNally’s libretto for the musical consists of much hand-wringing over the fate of closeted, middle-aged, 1960s gay Irish bachelors. Still, Stephen Flaherty’s seductive tunes and Lynn Ahrens’ sharp, economical lyrics shouldn’t be dismissed. High points include the opening title-tune sequence, the rousing yet acrid “Streets of Dublin” (sung by Steven Pasquale as Alfie’s unwitting love object), and the forlorn “Love Who You Love.” Faith Prince, as Alfie’s spinster sister, has to cope with substandard material, and a pair of songs about community theater — “Going Up” and “Art” — seem like they belong in a different show. Still, the score does cast a certain spell, and when it works, it can bring tears to your eyes. A bonus track offers “Love’s Never Lost,” an expanded version of a song fragment heard in the show. — David Barbour