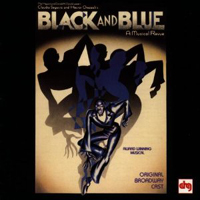 (4 / 5) The title of this show, taken from a Fats Waller song, pretty much announces what it will be: Another revue-style look at African-American entertainment in the first half of the 20th century, this time emphasizing the music of such great blues women as Bessie Smith and Ma Rainey. Interestingly, the show was created by Argentineans (Claudio Segovia and Hector Orezzoli) living in France, reminding us that some aspects of American culture are more appreciated by so-called outsiders. It’s not easy to feel the shape of the show from this disc, and it’s a pity that the three leads had to share the stage and recording studio with less charismatic performers. Still, most of the songs are delivered by a powerful star trio. In the opening number, Ruth Brown, Linda Hopkins, and Carrie Smith announce, “I’m a Woman.” The Tony Award-winning Brown has the roughest voice and rawest style. Smith lends a smoother tone to such standards as “Am I Blue?” and Hopkins channels her enormous voice compellingly. While there is no clear-cut winner among the three, Brown’s wry double entendres in “If I Can’t Sell It, I’ll Keep Sittin’ on It” rate special mention. As long as this recording focuses on the stars and their first-rate instrumental support, it’s boisterous, funny, and frequently moving. — Richard Barrios