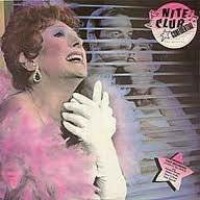 (1 / 5) This is a camp-fest, to say the least: a book musical with the feel of a revue, set in the demimonde of sophisticated 1950s cabarets and with a score made up of standards, semi-standards, and some new material. The plot concerns a young singer/stud who uses an aging chanteuse to advance his career, but the show revels so fully in its luridness that it doesn’t bother to offer any real wit or insight. Most of the few new songs by Albert Evans and Dennis Deal are fruity ’50s pastiche, though there’s a swell item called “The Canarsie Diner,” belted by Denise Nolin. The Evans-Deal arrangements of some good old songs (“That Old Black Magic,” “I Thought About You,” “Something’s Gotta Give”) are in authentic Hi-Los style, and the album does boast a glorious performance by Fay DeWitt, sounding much as she did in Flahooley more than 30 years earlier. Playing a Kay Thompson-like chanteuse, DeWitt avidly and sassily spoofs cabaret grande-dame conventions. When she sings a “Man That Got Away” knockoff called “The Long Goodbye,” her vowels practically fly off the LP and into the wall. Her dead-on inflections are hilarious. — Marc Miller