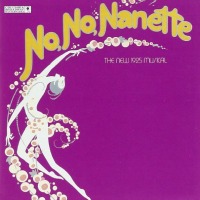 (5 / 5) Pure heaven. This revisal of a nearly forgotten 1925 hit helped kick off the nostalgia craze on Broadway. Burt Shevelove did a good job of adapting Otto Harbach and Frank Mandel’s book, a typical farcical tangle of the period, but the Vincent Youmans-Irving Caesar songs are everything here. And Ralph Burns’ gloriously expansive orchestrations, complete with two pianos, are among the finest ever for a Broadway musical. The entire cast embraces both the silliness and sophistication of the material, and the leads are sublime. Helen Gallagher delivers the eccenttic “Too Many Rings Around Rosie” and the scorching “‘Where-Has-My-Hubby-Gone’ Blues.” Jack Gilford and Susan Watson are charming in “I Want to Be Happy,” Bobby Van partners with Gallagher in the amusingly hyperactive “You Can Dance With Any Girl at All,” and Watson and Roger Rathburn offer a fresh rendition of “Tea for Two.” On the original LP release of this recording, Ruby Keeler was only heard singing a bit of “Take a Little One Step” and delivering a few lines of dialogue in the “Finaletto Act II,” but one of the bonus tracks on the CD is “Only a Moment Ago,” a Keeler-Gilford duet that was cut from the show before it opened. The CD also includes quite a bit of material that was dropped from the LP edition due to space, including the Act II opener, “Peach on the Beach.” This cast album, more than most, preserves the electric excitement of a Broadway performance. It’s essential to any collection. — David Barbour