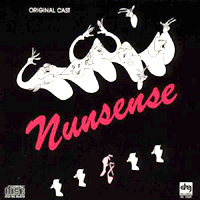 (3 / 5) This album preserves much of the straightforward charm of the show on which author Dan Goggin would eventually build a worldwide franchise. The story of Nunsense is very silly: Five nuns put on a revue to raise money to bury four sisters of their order who died from eating bad soup. With a score full of bounce and fun (under the musical direction of Michael Rice), the show capitalizes on religious themes and on the sisters’ showbiz proclivities in songs that range from the reflective “Growing Up Catholic” to the toe-tapping “Tackle That Temptation With a Time Step.” The story is told by plot numbers such as “We’ve Got to Clean Out the Freezer,” a reference to the place where the dead nuns’ bodies are being stored pre-burial. Character numbers such as “The Biggest Ain’t the Best,” all about humility, are tossed in for good measure. The cast is fine: Marilyn Farina as the reserved Reverend Mother Mary Cardelia; brassy Christine Johnson as Sister Robert Anne; sweet-voiced Suzi Winson as Sister Mary Leo; and the energetic Edwina Lewis, who, as Sister Mary Hubert, delivers the terrific gospel rave-up “Holier Than Thou.” Finally, there’s the multi-talented Semina De Laurentis singing legit soprano, a country-western ditty, and a duet with a puppet in her role of Sister Mary Amnesia, the forgetful nun whose search for her identity comprises the show’s subplot. There’s not much depth in Nunsense, but there’s plenty of good-natured ribbing of the Catholic Church and the women who devote their lives to it. — Matthew Murray 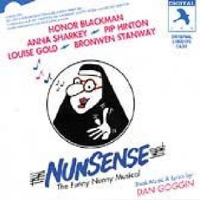 (3 / 5) A bit more complete than the Off-Broadway recording, this one includes the full dance music and vocal in “Benedicite,” the second-act “Dying Nun” ballet, and the brief “Gloria in Excelsis Deo.” In most other respects, the London cast album of Nunsense is on a par with the New York original; some of the singing is a bit more adventurous, but the performers’ British accents lend the score a slightly stodgier feel. The cast includes Honor Blackman, Anna Sharkey, Pip Hinton, Bronwen Stanway, and Louise Gold. All are competent. — M.M.