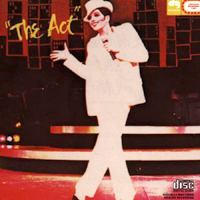 (2 / 5) The last word in star vehicles,  The Act centers on Liza Minnelli as “Hollywood’s own Michelle Craig,” performing in Las Vegas. Between the numbers are scenes (by George Furth) from her troubled life. With Liza basically playing herself, singing non-book tunes tailored for her by John Kander and Fred Ebb, this is essentially an album of special material designed to capital­ize on her celebrity as the free-loving, club-hopping “It” Girl of the 1970s. The numbers take in a high-camp, sardonic New York tribute (“City Lights”), an enraged torch song (“The Money Tree”), losers in a Midwestern bar (“Bobo’s”), the joys of sex with hustlers (“Arthur in the Afternoon”), and the corrosive effects of a permissive society (“Hot Enough for You?”). The oh­-so-’70s lyrics include references to TM, EST, waterbeds — and, of course, there’s a ballad titled “My Own Space.” Then there’s “Turning,” a funked-up version of a Shaker hymn. (Those always go over big on the Strip!) Throughout, Ralph Burns’ arrangements have a propulsive energy. Minnelli’s mannerisms are vividly on display; the disc features some of the most unrestrained belting ever heard in a Broadway show. You’ll either love it or run screaming from the room, but its pleasures aren’t really those of a cast album. — David Barbour