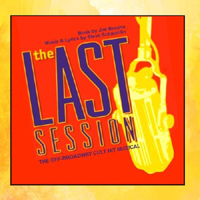 (4 / 5) By the mid 1980s, plays about AIDS began to surface and continued to emerge thereafter, but with only a few musicals among them. Nevertheless, this one would likely stand out in a large field. At the request of his partner, librettist Jim Brochu, composer-lyricist Steve Schalchlin wrote 10 songs about his (Schalchin’s) experiences battling the plague. Brochu slotted them into a script about Gideon, a dying rock musician who intends to commit suicide after recording a final album. Not surprisingly, the recording session — for which three other singers and an engineer are present — and its aftermath do not go entirely as planned. This storyline is rife with potential pitfalls, but Schalchlin avoids them all with his unflinching lyrics; examples are “Somebody’s Friend” (about cure rumors) and “The Group” (about support circles). The melodies are unflaggingly propulsive. Since AIDS is not in the news as much today as it was during its urgent-headline days, the musical is now something of a period piece, but there’s nothing dated about the performances heard on this recording. Bob Stillman has all of the passion needed for Gideon. The others, singing at the top of their lungs about their feelings, are Stephen Bienskie, Dean Bradshaw, Amy Coleman, and Grace Garland. Schalchlin did the arrangements, which were enhanced by Stillman, an expert pianist. — David Finkle 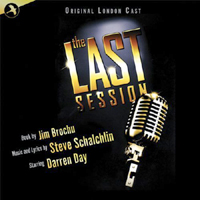 (4 / 5) When The Last Session premiered Off-Broadway, medicine was only just beginning to successfully cope with AIDS, removing its label as a death sentence and placing it more firmly in the chronic-illness category. This raises thoughts about how any present-day production of the show is perceived. For those encountering it for the first time, it might be viewed as a dark historical document; but for those who experienced it back in 1997, any new staging or recording is a stark reminder of what was once everyday reality. Those auditors may feel as if they’re reliving a too-painful past, and may well feel renewed fury mounting and tears welling up. Memories of friends and loved ones lost are not  the sole reason for the fury and the tears; much of the credit for effect goes to Steve Schalchlin for the power and grace of his songs. Schalchlin writes brilliantly about Gideon and boyfriend Jack, Gideon’s parents, his AIDS support group. There’s not a song here — all of them written in a rock or folk-rock mode — that doesn’t break the heart. Perhaps the most crushing of all is “Somebody’s Friend,” which poignantly recounts the rumors of miracle cures that constantly circulated. The first-rate singers on this cast recording of a 2012 London production, directed by Guy Retallack and conducted by Tom Turner, are Darren Day as Gideon and Simone Craddock, with AJ Dean, Ron Emslie and Lucy Vandi as the others engaged in Gideon’s melancholy farewell recording. Call it strong medicine. — D.F.