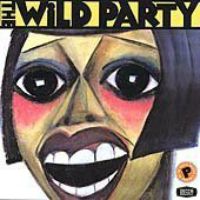 (5 / 5) Composer-lyricist Michael John LaChiusa was not unknown when The Wild Party, his adaptation of Joseph Moncure March’s 1928 poem of the same title, hit Broadway in 2000; but he truly laid his claim as a major force in the musical theater with this work, among the most dazzling of the “postmodern” school.  The cast album is dynamic, a thrilling document of one of the most stirring theater scores of the late 20th century. LaChiusa’s songs are heavily steeped in period jazz and vaudeville styles (aided by Todd Ellison’s flawless musical direction and Bruce Coughlin’s searing orchestrations) while still sounding thoroughly modern and fresh. Beginning with a startlingly dissonant horn blast, the delights of the recording don’t stop. Consider the raunchy “Queenie Was a Blonde,” the rip-roaring “Uptown Downtown,” the torchy “Lowdown-Down,” the bathtub-gin-infused “Wild,” the bluesy “Black Is a Moocher,” the lost-in-life lovers’ duet “People Like Us,” and the 11-o’clock showstopper “When It Ends.” That last number is delivered titanically by the legendary Eartha Kitt, but the whole cast is excellent. Leading the way are Toni Collette, sounding like a veteran in her Broadway debut as the bleached-blonde chorine Queenie, and Mandy Patinkin as her manic and violent lover, Burrs. They receive top-notch support from Marc Kudisch, Tonya Pinkins, Norm Lewis, Brooke Sunny Moriber, Yancey Arias, and other distinctive performers. Although this is not a complete document of the score, there’s a lot packed into the recording’s 78 minutes. — Matthew Murray