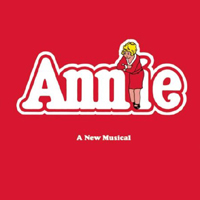 (3 / 5) Ironically, Charles Strouse’s biggest hit is one of his less interesting efforts. Thomas Meehan’s book capably adapts the adventures of comic-strip icon Little Orphan Annie to the stage, focusing on how she got together with billionaire Daddy Warbucks. The music by Strouse and lyrics by Martin Charnin (who also directed) sometimes have a slightly by-the-numbers quality; still, it’s a landmark show, boasting the preternatural belting of 13-year-old Andrea McArdle as Annie and the hilarious Dorothy Loudon as the vengeful, alcoholic orphanage keeper, Miss Hannigan. Loudon’s rendition of “Little Girls” (“Some day I’ll step on their freckles / Some night I’ll straighten their curls!”) is a classic. Reid Shelton and Sandy Faison are pleasant as Daddy Warbucks and his assistant, Grace, while Robert Fitch is amusingly sleazy as Rooster, Miss Hannigan’s ex-con brother. The bouncy production number “NYC” features the late Laurie Beechman, whose astonishing belt made her a legend among Broadway musical aficionados. Generally, the more sophisticated numbers are the best. They include “We’d Like to Thank You, Herbert Hoover,” sung by a gang of sardonic Depression-era bums; “Easy Street,” in which Miss Hannigan and cohorts scheme to defraud Daddy Warbucks; and “You’re Never Fully Dressed Without a Smile,” a charming parody sung by a radio crooner, then reprised by Annie’s orphan friends. There are many uninspired items, too, especially “Something Was Missing,” “You Won’t Be an Orphan for Long,” and “I Don’t Need Anything but You,” all of which suffer from plodding melodies and obvious lyrics. But Philip J. Lang’s orchestrations give every number extra sparkle, and if you can still listen to “Tomorrow” without wanting to blow your brains out, McArdle’s rendition is tops. The latest CD reissue features cuts from an early backers’ audition with Charnin and Strouse performing seven numbers written for the show, of which only “Tomorrow” survived. The others are lame and, in one case, appalling; even Charnin admits in the CD booklet notes that they were on the wrong track. — David Barbour 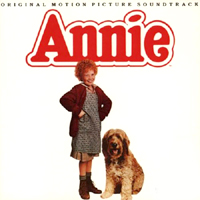 Film Soundtrack, 1982 (Columbia/Sony) 0 stars; not recommended. For those of you who never miss a John Huston musical, this disaster is a must. Everyone else should stay away. In the time-honored tradition of hack Hollywood adaptations, several numbers from the show score were dropped for the film (including “We’d Like to Thank You, Herbert Hoover”). Even the weakest item from the original is better than the mediocre new entries, which include “Sandy,” a love song for Annie to her favorite dog, and “Let’s Go to the Movies,” a contrivance to get Annie, Daddy Warbucks, and Grace Farrell to Radio City Music Hall. Carol Burnett is an amusingly glum Miss Hannigan, but Albert Finney is a dull Warbucks. Tim Curry and Bernadette Peters are wasted as Rooster and Lily, and Ann Reinking is miscast as Grace. Although Aileen Quinn is perfectly fine in the title role, even hard-core Annie fans will be bemused by this lackluster disc. — DB 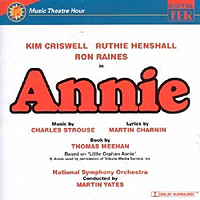 (3 / 5) Since the original Broadway cast recording of Annie has never been out of print, a studio cast album hardly seemed necessary. Still, this accomplished edition offers a slightly expanded version of the score, including reprises of “Little Girls” and “Easy Street.” The cast includes Ruthie Henshall as an excellent Grace and Ron Raines as a stentorian Daddy Warbucks. Kim Criswell channels the spirit of Dorothy Loudon as Miss Hannigan, and Sarah French is an acceptable Annie. Overall, the recording suffers from slow tempi and a lack of personality. — DB 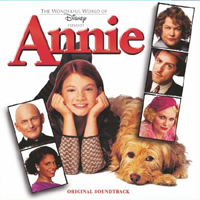 (3 / 5) “We’d Like to Thank You, Herbert Hoover” is once again missing in action, along with a couple of lesser numbers, but what’s left is beautifully served by an all-star cast in this Disney television adaptation. Alicia Morton is the best Annie since Andrea McArdle, and is well matched by Victor Garber’s warmer-than-usual Daddy Warbucks. As Grace, Rooster, and Lily (respectively), Audra McDonald, Alan Cumming, and Kristin Chenoweth are almost laughably overqualified, and they all deliver commensurately. Kathy Bates is a blunt, funny Miss Hannigan with a surprisingly effective singing voice. As a bonus, Andrea McArdle appears in “NYC,” taking Laurie Beechman’s original role. In what may be a Hollywood first, Martin Erskine’s ebullient orchestrations rival and, in some cases, surpass Philip J. Lang’s Broadway originals. — DB