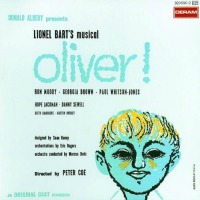 (4 / 5) This musical adaptation of Charles Dickens’ Oliver Twist was quite a phenomenon in its day, beginning as a modest, fringe-type production in London and becoming an international smash hit. The show boasted a melodic score by composer-lyricist-librettist Lionel Bart, innovative sets by Sean Kenny, fluid direction by Peter Coe, and orchestrations and arrangements that were simple, clear, and direct. On this cast recording, the now-legendary performance of Ron Moody as Fagin is vibrant and unforgettable. Georgia Brown makes the part of Nancy her own; her husky voice throbs with emotion, and she is entirely believable as a woman of the Victorian underworld. Her rendition of “As Long as He Needs Me” is definitive. Also excellent are Keith Hamshere as Oliver and Martin Horsey as the Artful Dodger.  — Gerard Alessandini 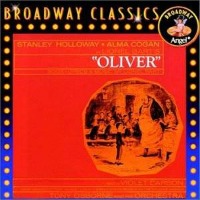 (2 / 5) On this recording, Stanley Holloway, famous for his portrayal of Alfred Doolittle in the original stage and film versions of My Fair Lady, is well cast as Fagin. In the role of Nancy, Alma Cogan, a popular cabaret singer of the 1960s, does a fine job belting out “Oom-Pah-Pah,” “It’s a Fine Life,” and a pop-style rendition of “As Long as He Needs Me.” Tony Tanner makes a fine Artful Dodger. Still, this comes across as less a cast recording than a “Songs from OliverI” album.  — G.A. 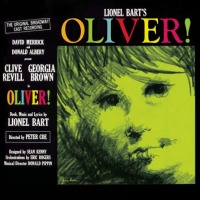 (3 / 5) Although Clive Revill gives a fine performance as Fagin, his characterization isn’t as colorful and eccentric as that of Ron Moody of the original London cast. But this Broadway album does have Georgia Brown recreating her landmark role of Nancy, as powerfully as ever. Bruce Prochnik sings well as Oliver, Michael Goodman is a fine Artful Dodger, and Willoughby Goddard is well cast as Mr. Bumble. With musical director Donald Pippin breathing new life into the score, the tempi are brighter than on the London album, although the earlier effort is fresher on the whole and more authentic in atmosphere. RCA’s “Living Stereo” sound is superior. An interesting note is that this recording was made in Los Angeles, where the show’s pre-Broadway tour began; by the time the production reached New York, Michael Goodman had been replaced as the Artful Dodger by David Jones, who went on to become famous as one of The Monkees. — G.A. 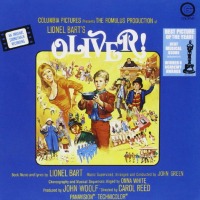 (4 / 5) Earning six Academy Awards, including Best Picture, the film version of Oliver! was masterfully directed by Sir Carol Reed, with the grand score given a bigger-than-big-movie-musical treatment. Under the direction of maestro Johnny Green, the orchestrations and choral arrangements heard on the soundtrack recording are layered with counterpoint, but the overall effect is appropriate to the alternating opulence and squalor of the story’s various settings. Lionel Bart’s songs stand up beautifully to the elaborate scoring, and the performances are as vivid as the orchestrations. At the forefront is Ron Moody, who outdoes his own fine work as Fagin on the original London cast album. Equally excellent is Jack Wild as the Artful Dodger; with his charming Cockney accent, he offers the best account of the role on record. Shani Wallis sings with great warmth and conviction as Nancy, and Harry Secombe as Mr. Bumble displays a superb tenor that elevates the title song and “Boy for Sale” to classic level. The one off-note is Kathe Green (daughter of Johnny), who sounds a bit phony and overly sweet in her dubbing of Oliver’s songs for Mark Lester. — G.A. 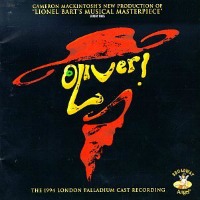 (3 / 5) A new production of Oliver! that combined the original version with elements of the film yielded this most complete aural document of the score. Many of the songs have additional verses not found on other recordings, and a lot of dialogue is included. But the new orchestrations by William David Brohn are heavy on the synthesizer, conjuring the 1990s rather than London of a century earlier. On the plus side, there is excellent musical direction by Martin Koch, and the cast is strong. Jonathan Pryce is a marvelous Fagin, Sally Dexter does a fine job as Nancy, and the Artful Dodger is well portrayed by Adam Searles. As Oliver, Gregory Bradley displays a lovely voice; indeed, his is the best vocal performance of the role in all of the recordings reviewed her. Sam Mendes directed this production, and Mathew Bourne did the musical staging. Although you can’t enjoy their imaginative work on the cast album, the CD packaging is loaded with pictures and extensive notes. Even better, the booklet contains all of the show’s lyrics. — G.A.