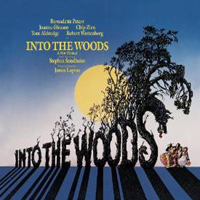 (3 / 5) One of Stephen Sondheim’s most commercially successful shows, Into the Woods has one of his least distinctive scores. Perhaps he wasn’t really inspired by the fairy tale setting or the characters, most of them lifted from famous stories, or perhaps he and librettist-director James Lapine thought that making the characters self-aware and having them face the realities of “happily ever after” was enough? Aside from an interesting song or two — “No One Is Alone,” “Children Will Listen” — there’s not a lot of “here” here. Considering the setting, the tunes aren’t particularly magical, and some of the lyrics (“There’s no time to sit and dither / While her withers wither with her”) are forced in their cleverness. But the recording showcases some top-notch performers: Bernadette Peters milks the role of the worldly wise witch for all it’s worth; Joanna Gleason brings a thrilling vibe to the part of the Baker’s Wife; and Chip Zien is a neurotic joy as the Baker himself. Tom Aldredge as the narrator, Kim Crosby as Cinderella, Ben Wright as Jack, Danielle Ferland as Little Red Riding Hood, and Kay McClelland and Lauren Mitchell as Cinderella’s bitchy stepsisters are also great. The video of the original Broadway production is a better representation of Into the Woods, but if you can’t find it, this recording will do. — Matthew Murray 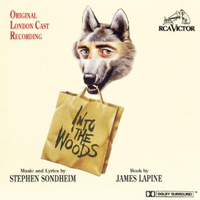 (2 / 5) This is a nice complement to the original Broadway album, but in no way equal to it. With the exception of Julia McKenzie’s fiercely acted and sung Witch, there’s a stodginess exhibited by many of the leads; Ian Bartholomew and Imelda Staunton lack the distinctive personalities that Zien and Gleason brought to the roles of the Baker and his Wife, and other cast members are similarly challenged by the material. A new song here for the Witch and Rapunzel, “Our Little World,” is musically attractive, but it spoils the original show’s joke about Rapunzel never singing real lyrics, and it doesn’t further the relationship between the two characters.  — M.M. 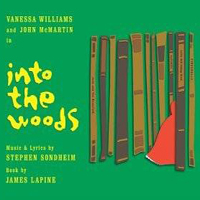 (1 / 5) Almost none of the charm of the original production of Into the Woods survived in the misbegotten revival that yielded this recording. With the exception of Laura Benanti, who brings a purity to Cinderella, these performers are weak. Stephen DeRosa and Kerry O’Malley as the Baker and his Wife are personality-free, and Marylouise Burke massacres much of Jack’s Mother’s music. Vanessa Williams is the dullest Witch imaginable; her singing is adequate at best and grating at worst. Other liabilities include the thinned-down sound of Jonathan Tunick’s orchestrations and the relentless tinkering with the script and score. Some of the changes are unnecessary — for example, the insertion of “Our Little World” and the addition of a second wolf and three pigs to “Hello, Little Girl.” Others are bizarre and damaging, such as having Jack and Little Red chime in on what used to be Cinderella’s big solo, “On the Steps of the Palace.” — M.M. 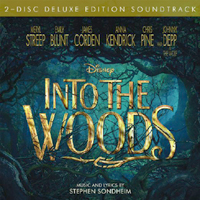 (3 / 5) For Sondheim die-hards, no production of Into the Woods ever will, ever could surpass the first, with its robust, indelible performances captured forever on audio as well as video. But the 2014 film version is surprisingly strong, due in no small part to the high quality of its Hollywood-minded casting, and the soundtrack captures this rendition’s strengths while obscuring its flaws. Meryl Streep makes a zesty Witch, singing with conviction (if not always beauty) and playing well opposite the Baker (James Corden at his Everyman best) and his wife (Emily Blunt, in a particularly intelligent performance). Anna Kendrick brings a palpable spunk to her thoughtful Cinderella. As the Princes, Chris Pine and (especially) Billy Magnussen capture the right notes of stuffed-shirt self-indulgence, and the luxurious casting of Tracey Ullman and Christine Baranski as Jack’s Mother and Cinderella’s Stepmother ensure that these roles don’t get short shrift in terms of comedy. There’s definitely room to quibble: The changes to the original material, including the cutting of a few songs, don’t really serve the property well; Johnny Depp is too weird to be threatening as the Wolf; and while Lilla Crawford as Little Red Riding Hood and Daniel Huttlestone as Jack do well by their songs, they’re too young and unseasoned to give their characters the complexities they need. But combine all that does work with a gorgeous-sounding orchestra (playing expanded versions of Jonathan Tunick’s orchestrations under original conductor Paul Gemignani), and the result is a better stage-to-screen translation than all but the most fervent Sondheim acolytes had any right to hope for. — M.M. 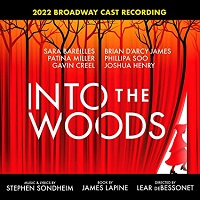 (3 / 5) Here we have an Into the Woods that has gone back to the basics. Director Lear deBessonet’s acclaimed revival takes an approach counter to that of the several productions over the years that have clouded the musical’s virtues with outlandish designs, misguided concepts, and detrimental rewrites. Instead, deBessonet and her ensemble simply present the show as it was originally written, and the approach is welcome. That isn’t to say that the resulting cast album is perfect, or even the best one that exists. While this is perhaps the best sung Woods on record, and the crisp, balanced audio give us the best capture of Jonathan Tunick’s original orchestrations to date, there are still some flaws, including a rather lackadaisical energy to the lovely-sounding performances. Sara Bareilles is the most endearing Baker’s Wife since Joanna Gleason, and her smooth alto fits Sondheim’s score perfectly, but she and Brian d’Arcy James’s Baker often come across as laid back rather than motivated and driven. Similarly, Patina Miller’s Witch is often too restrained and controlled to give “Stay with Me” the bleeding heart or “Last Midnight” the wild thrills that Bernadette Peters so memorably brought to these songs. Most of the rest of the cast is similarly rich vocally but casual dramatically. One exception, though not in a good way, is Julia Lester’s Little Red; while a standout on stage, Lester hasn’t scaled down her performance for the recording medium, and so she comes off as overly brash in the part. Still, because of the quality of the voices, it’s unlikely that one will hear Bareilles’ “Moments in the Woods,” Phillipa Soo’s Cinderella sing “No One Is Alone,” or “Agony” with an entertaining Gavin Creel (Cinderella’s Prince) and Joshua Henry (Rapunzel’s Prince) and not find much to enjoy. It may just be that no cast album of Into the Woods will ever be able to fully capture what makes the show special, but a strong recording of the material with no intrusive embellishments is a pleasure to hear. — Matt Koplik