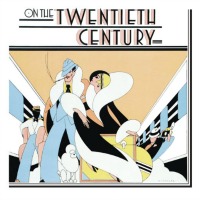 (4 / 5) Based on the stage farce Twentieth Century, best known as a Hollywood film starring John Barrymore and Carole Lombard, this 1930s spoof might have been written as a pastiche of that era’s musicals. Instead, composer Cy Coleman and librettists-lyricists Betty Comden and Adolph Green had the inspired idea of treating it as an operetta. That extravagant musical style works brilliantly for this story of dueling egos and theatrical temperaments. John Cullum sings heroically and hilariously as Oscar Jaffee, a bankrupt Broadway producer who is desperate to sign his ex-lover, Hollywood star Lily Garland (née Mildred Plotka), to appear in a bloated stage epic about Mary Magdalene. Almost all of the action takes place during a 16-hour train ride between Chicago and New York. Along for the ride are Kevin Kline, making an uproarious Broadway debut as Hollywood lounge lizard Bruce Granit, and Imogene Coca as the wealthy religious nut Letitia Primose, who offers to finance Oscar’s show with a rubber check. The show is fast, furious, and over the top, its hilarity arising from the tension between Coleman’s rich music and Comden and Green’s skeptical lyrics. Madeline Kahn, who left the show very soon after it opened, thus giving understudy Judy Kaye the break of a lifetime, shines in two riotous numbers: “Veronique” recalls Lily’s stage debut as a virtuous mademoiselle who says no to Bismarck and thereby launches the Franco-Prussian War, while in “Babbette,” Lily alternately imagines herself in the role of the Magdalene and as the star of a play about a Mayfair love triangle. Cullum hams it up gloriously in “I Rise Again” and “The Legacy.” Coca’s big solo, “Repent,” is riotous. Musical comedy is rarely this witty. — David Barbour 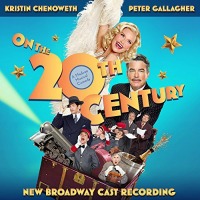 (3 / 5) In many ways, this recording of the Roundabout Theatre Company’s hit revival lays bare the  good-news/bad-news aspects of modern cast albums. Thanks to the expanded capacities of CDs and, especially, streaming services, we get much more of the original properties. Additions here include a longer version of the title song; “Indian Maiden’s Lament,” a Sigmund Romberg/Rudolf Friml spoof that cues Lily’s first entrance; several versions of “I Have Written a Play,” a running gag in which various civilians storm Oscar’s stateroom, announcing their ambitions as dramatists; “Max Jacobs,” which introduces Oscar’s hated professional rival (and former office boy); and the entr’acte and finale ultimo. There’s also much dialogue, delivered with the same screwball spin the cast gave it onstage. Then again, as in virtually all contemporary Broadway revivals, the original orchestrations have been thinned out. There’s nothing essentially wrong about the work of Larry Hochman (with contributions by Bruce Coughlin and James Abbott), but Cy Coleman’s score for On the Twentieth Century employs a sweeping, grand-operetta sound to satirical effect, some of which is inevitably lost here. On the other hand, Kristin Chenoweth as Lily — a role so perfect it could have been written for her — may be said to outdo Madeline Kahn. She sings fabulously, and her version of gin-fueled, Mayfair-set dissipation in “Babette” is a panic. As Oscar, Peter Gallagher avoids Cullum’s John Barrymore imitation (how many in the audience today would get it?), and his vocals aren’t as powerful, but his performance crackles with a wit all its own. Sadly, his 11 o’clock number, “The Legacy,” has a new title (“Because of Her”) and new lyrics by Adolph Green’s daughter, Amanda. The original, a song in which Oscar lists his worldly possessions (“My set of Theodore Dreiser / A portrait of the Kaiser / And a ten-foot stack of unpaid bills”), is pure Comden and Green. The rewrite conscientiously follows the rules of good musical theater craft, making it clear that Oscar needs Lily in order to rekindle his Broadway success; the only problem is, it’s not any fun.  As Oscar’s harried associates, Mark Linn-Baker and Michal McGrath benefit the most from the added dialogue excerpts, preserving whole swaths of their wisecracking performances. Mary Louise Wilson’s Letitia Primrose is as delightfully cracked as Imogene Coca’s, but Andy Karl’s Bruce Granit, a performance that was defined mostly by physical comedy, doesn’t register as strongly.  — D.B.