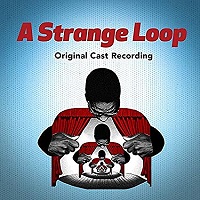 (4 / 5) How to describe A Strange Loop, the Pulitzer-Prize winning musical that gets its title from both a cognitive science term and a Liz Phair song? It’s messy, it’s brilliant, and every theater fan should pay attention to it. Written by Michael R. Jackson, this semi-autobiographical work has no structured plot and is chock-full of content so gleefully explicit, and often discomforting, that it makes shows like Spring Awakening and Book of Mormon look like after-school specials. The show focuses on Usher (Larry Owens), a self-described “fat, black and queer” aspiring musical theater writer who’s working on his newest musical — which also happens to be called “A Strange Loop” and just so happens to be about a fat, black, queer musical theater writer who’s writing a musical about a fat, black, queer musical theater writer.  As he struggles with the creative process, Usher wonders if his lack of success as a writer and in acquiring a romantic partner is due to the cruelty and prejudice of the entertainment industry and the world at large, or due to his own trauma and lack of self worth. Jackson uses the musical as a large canvas to explore these and other matters with humor, humanity, and brutal honesty. Songs such as “Exile in Gayville” and “Tyler Perry Writes Real Life” include enough vulgarity and confrontation to put off many listeners, but Jackson’s lyrics are concise, intelligent, and razor-sharp. While his music is not quite so bold, and he sometimes doesn’t end his songs effectively, he has written a melodic, multi-faceted score with tight vocal arrangements (by Jackson) and flexible orchestrations (by Charlie Rosen). The ensemble is made up of Usher’s six main Thoughts, vocalizing his inner demons as well as all of the people in his life — family, agents, even pillars of Black American history. All of the performers heard here as the Thoughts are exceptional, but it’s Owens who commands the recording. His Usher is a ball of flaming, dramatic chaos, thrilling and terrifying. His expressive voice powers through the score, constantly fighting to stay afloat until it softly lands to safety towards the end in “Memory Song.” Owens also turns “Writing a Gospel Play,” in which Usher barely hides his contempt at concocting a script for Tyler Perry, into a comedic tour-de-force. A Strange Loop is not a show or cast album that can be recommended to everyone; it refuses to pander with vague affirmations or self-empowering anthems, and it’s all the more interesting for that reason. — Matt Koplik 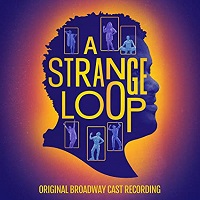 (3 / 5)  Despite A Strange Loop having had a sold-out run Off-Broadway, winning the Pulitzer Prize, and sweeping all other eligible awards during its season, a transfer to Broadway was not a foregone conclusion. The musical was always going to be a hard sell to a mainstream audience, and the big question for fans of Jackson’s work was: If there is a transfer, will the creative team make any alterations to render the abrasive material more palatable? The answer, as evidenced by this new cast recording, is mostly “no.” A few of the rougher edges have been smoothed over, as in “Inwood Daddy,” but even a slightly toned-down Loop is more shocking and confrontational than 99% of shows that land on Broadway. Some of Jackson’s rewrites make certain lyrics slightly more clear to the audience, though not necessarily easier to take. Where the Broadway transfer and the resulting album lose a great deal of power are in the sound design and the new central performance; the second recording sounds mushier and more echo-y than the first one, making many of the lyrics difficult to decipher, while some of the voices are imbalanced and poorly blended. And although Jaquel Spivey brings pop panache and vocal ease to the role of Usher, his performance is less expressive and explosive than Owens’. This Usher feels more controlled and tempered, which ultimately dilutes the power of the piece. Still, Spivey is vocally well qualified for the role, and some listeners might prefer him to Owens in that regard. A Strange Loop went on to garner more critical acclaim for its Broadway bow, winning the Tony for Best Musical in 2022, though it has continued to struggle at the box office even after earning that honor. This recording is a strong representation of why the show deserves its accolades, even as it also displays what was lost in the move to Broadway. — M.K.