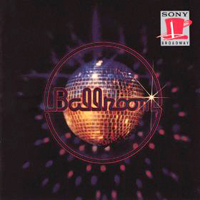 (1 / 5) Michael Bennett’s big post-Chorus Line flop is beloved by those who saw it, but sadly, the show’s special qualities are not retained on an audio-only disc. Jerome Kass’s libretto is based on his script for the television film Queen of the Stardust Ballroom. Dorothy Loudon stars as Bea, a lonely Bronx widow who finds glamour and romance at the local dance palace. Fans remember Loudon’s performance and Bennett’s magical staging, but the score by Billy Goldenberg and Alan and Marilyn Bergman contains only a handful of book numbers; everything else consists of dance sequences featuring faux-pop hits covered by the ballroom’s house singers. These tunes are very pleasant in a Steve-and-Eydie kind of way, especially in Jonathan Tunick’s orchestrations, but they don’t convey a sense of the show’s story. Given a chance, Loudon scores big — especially with her nervy, volatile delivery of the scorching 11 o’clock number “Fifty Percent,” in which Bea chooses to accept the love of a married man (played by Vincent Gardenia). Overall, the recording is a disappointment, but if you want to understand what made Loudon one of the most distinct theatrical personalities of all time, it’s worth a listen — David Barbour