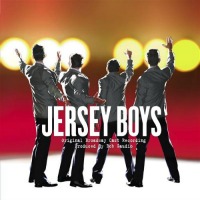 (3 / 5) Jersey Boys tells the true story of the rise of the phenomenally successful 1960s pop singing group The Four Seasons — or, at least, true to whoever is in charge of the story at whatever point in the show. Rather than presenting a straightforward narrative, book writers Rick Elice and Marshall Brickman have each member of the group — here played by John Lloyd Young (Frankie Valli), Christian Hoff (Tommy DeVito), Daniel Reichard (Bob Gaudio), and J. Robert Spencer (Nick Massi) — take turns in telling the audience their version of the group’s rise and fall. The idea works because all four men make insightful, humorous, and (due to frequent contradictions with each other) unreliable narrators, giving the show an extra edge. This recording includes much of that well-crafted narration without interrupting the musical flow of the album. All four leading men have an easy charm and a singing style that lends the recording a sense of authenticity — as does the fact that it was produced by the real-life Bob Gaudio. In particular, Young does an excellent job of adapting his voice to resemble Frankie Valli and his famous falsetto without sounding like an imitation. Ron Melrose’s vocal arrangements and Steve Orich’s orchestrations are essentially period-appropriate. Unlike other jukebox musicals, Jersey Boys doesn’t aim to do anything new with the preexisting songs but, instead, offers a fun, fresh representation with smart, dramatically compelling commentary. — Matt Koplik 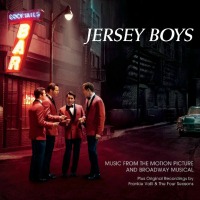 Film Soundtrack, 2014 (Rhino) No stars, not recommended. In bringing this hit jukebox/bio-musical to the screen, director Clint Eastwood remained mostly faithful to the stage material but chose to capture it through a more somber filter. This might have made for an emotionally compelling film, but in fact, it robs Jersey Boys of most of its charm and energy. The soundtrack album reflects this, despite the efforts of the talented quartet representing the Four Seasons: John Lloyd Young is back as Valli, with Vincent Piazza as Tommy DeVito, Erich Bergen as Bob Gaudio, and Michael Lomenda as Nick Massi. Oddly, the album’s producers opted to insert the real-life Frankie Valli’s renditions of certain songs in various places, giving the listener whiplash as we go from Valli to Young to Valli and back. There are also some excerpts from the Broadway cast album, which makes things even more confusing. Young is still in strong voice, and Bergen, Lomenda, and Piazza do a fine job of filling out the quartet — although, without any of the characters’ dialogue included here, Bergen is the only one of the remaining three to get a chance to shine (in “Cry For Me”). Because of the lack of dialogue and any sense of narrative, this soundtrack pales in comparison to the Broadway cast recording of Jersey Boys or any “Best of The Four Seasons” compilation album. — M.K.