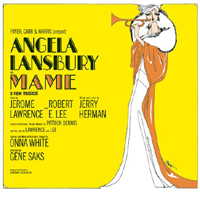 (5 / 5) Seldom has a cast recording captured the thrill and excitement of a smash Broadway musical as well as this one does. From the spectacular opening bars of the overture to the huge finale, you can hear and feel the joy of the entire company. The album is so well produced that listening to it is almost like having the entire show performed in your living room. And what a cast! Angela Lansbury, in perhaps the greatest role of her long career, is an unsurpassed Mame. Her voice is rich and melodic, and her wit comes through clearly; it’s a treat to hear such a wonderful blend of acting and singing talent. Beatrice Arthur delivers a droll Vera Charles that will have you laughing out loud; “Bosom Buddies,” her duet with Lansbury, is hilarious. Frankie Michaels as Young Patrick has an amazing singing voice, while Jane Connell’s rendition of “Gooch’s Song” is-one of the great comedic performances in musical theater history. Jerry Herman’s music is among his very best, and his lyrics are sharp, funny, and impeccably crafted. The orchestra is thrillingly conducted by Donald Pippin. Mame actually improves upon the wonderful novel on which it was based, Patrick Dennis’ Auntie Mame, and its subsequent straight play and film adaptations. As wonderful as those versions may be, you can’t help missing great songs like “It’s Today,” “We Need a Little Christmas,” “If He Walked Into My Life” — and, of course, the show-stopping title tune of the musical. All of these are rendered definitively here, and there are interesting bonus tracks of Jerry Herman singing demo versions of several numbers. — Gerard Alessandrini 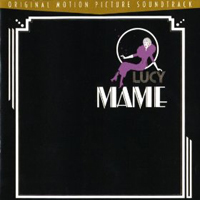 Film Soundtrack, 1974 (Warner Bros./Rhino) No stars; not recommended. All elements of the Broadway smash hit pointed toward Mame being turned into a wonderful movie musical, but it misfired on the big screen. The soundtrack album reveals how Lucille Ball’s lack of voice and musicality sabotaged the film more than any of its other flaws. As much as we all love Lucy, her singing here is unlistenable; she sounds ill at ease performing numbers written for someone with the vocal chops of a Judy Garland. Some of the choral work on this recording is very nice, but the orchestral arrangements are wanting. And although Bea Arthur and Jane Connell reprise the original roles for which they earned acclaim on Broadway, even they sound uncomfortable here. Only Robert Preston as Beau Burnside has a stellar moment when he sings “Loving You,” an excellent song that Jerry Herman composed expressly for the movie. — G.A.