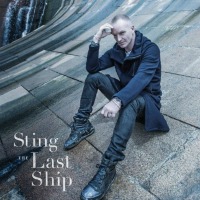 (4 / 5)  Rock icon Sting introduced most of the songs that would fuel his Broadway musical The Last Ship in this eponymous, 12-track concept album, released a year before the show premiered. (A deluxe version featured five additional songs, while a super-deluxe edition comprising 20 tracks was made available exclusively through Amazon.) The first recording of original music that Sting had released in a decade, The Last Ship proffers heartfelt, Celtic-flavored songs inspired by his youth in a shipyard town in northern England. The 16-time Grammy-winning singer-songwriter appealingly intermingles pop, rock, jazz, and world music — and, in this outing, draws particularly from Northumbrian folk forms and Latin dance rhythms. While each song is musically enchanting, Sting performs them all himself, lending a lulling sameness to the recording’s vocal palette; the deluxe editions fare better in this regard, as they involve additional singers and a wider array of accompanying instruments. Fans of Sting the rocker will thrill to the deluxe version’s addition of “Jock the Singing Welder,” a raw, rockabilly tune that didn’t make it into the Broadway musical. But it’s Sting the balladeer who shines brightest in the original 12 tracks. He persuasively captures the righteousness of an angry young man relating the tale of “Dead Man’s Boots,” and his renditions of the poignant “I Love Her But She Loves Someone Else” and “Practical Arrangement” (which also didn’t make it to Broadway) are especially piercing.  “Show Some Respect” sounds like it came straight out of The Threepenny Opera, and the stirring title song and “What Have We Got?” seem promising fodder for Broadway production numbers. However, it’s the entertaining qualities of the lively waltz-time ditty “The Night the Pugilist Learned How to Dance” that most blatantly marks this recording as an album of Broadway-bound material. —  Lisa Jo Sagolla 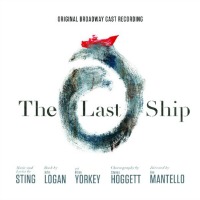 (5 / 5) Featuring wonderfully earthy, Celtic-inflected music and lyrics by Sting, The Last Ship is marred only by John Logan and Brian Yorkey’s unimaginative book, its parable-like plot and melodramatic ending providing clichéd framing for the touching songs. The show explores a working-class community’s struggles upon the closing of the shipyard that provided not only its financial lifeline, but also its people’s sense of self-worth. The central character, Gideon, had left town years earlier; he comes home to discover he has a son, reigniting deep-seated conflicts concerning father-son relationships, romantic love, and self-fulfillment. Pulling three songs from his career as a solo musician, Sting’s score is more theatrically successful than one might expect from a pop artist. The title tune’s swaying, triple-meter pulse recalls the rocking of a ship on ocean waves with anthem-like grandeur. “Shipyard” mixes Gilbert & Sullivan-esque verses with raucous, Irish dance music, conveying battles between old rules and new revolutionary fervor. Enriched immeasurably by Rob Mathes’s music direction, orchestrations, and arrangements, the Broadway cast album proves more entertaining than the concept recording, which was performed largely by Sting. The haunting “August Winds” sits better in the voice of Rachel Tucker (who plays Gideon’s love interest, Meg), making her hopeful version of it easier on the ears than Sting’s mournful one. As Gideon’s competitor for Meg’s love, Aaron Lazar sings the memorable “What Say You, Meg?” with a silkiness preferable to Sting’s rawer sound. Every track on the album is winning, none more so than “If You Ever See Me Talking to a Sailor.” A range-y showpiece with character-revealing lyrics set to sexy ethnic rhythms, it exemplifies Sting’s achievement in crafting a well-functioning musical theater score out of songs so specifically rooted in his personal experience.  — L.J.S.