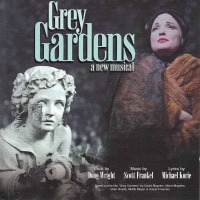 (3 / 5) Based on Albert and David Maysles’ fascinating 1975 documentary film of the same name, the musical Grey Gardens depicts the dysfunctional relationship between Edith Bouvier Beale and her daughter, Edie, and the shocking squalor into which they had descended by the mid-1970s. The aunt and cousin of Jacqueline Bouvier Kennedy Onassis, the eccentric, elderly Edith and 56-year-old Edie were discovered residing in a filthy Long Island mansion overrun with cats and wild raccoons. While the musical’s second act takes place in 1973 and replicates much of the film’s ghastly content, the first act is a fictionalized confluence of three real-life events that likely impelled the socialites’ downfall: Edith’s father rebuking her, Joe Kennedy, Jr. inexplicably breaking off his engagement to Edie, and Edith’s husband secretly running off to Mexico to obtain a divorce. Though Christine Ebersole gives a tour-de-force performance in the leading dual role (playing Edith in the first act, Edie in the second), and Doug Wright’s penetrating book is buttressed by well-crafted songs by Scott Frankel and Michael Korie, the original Off-Broadway cast album of Grey Gardens can make for difficult listening. Aside from “Another Winter in a Summer Town,” a poetic ballad, and “The Revolutionary Costume for Today,” an amusing illustration of Edie’s idiosyncratic sense of fashion, the score’s primary attractions are its pastiche evocations of once-popular song genres, ranging from minstrelsy to marches, jazz, soft-shoe, gospel, and those beloved waltz-songs commonly used in musicals as emblems of nostalgia. However, the album also preserves much of the songs’ internal and contextualizing dialogue, most of which is argumentative or otherwise unpleasant and therefore compromises the aesthetic appeal of the music. While it is a representative souvenir of the stage production, this is the kind of album likely to sit on one’s shelf. — Lisa Jo Sagolla 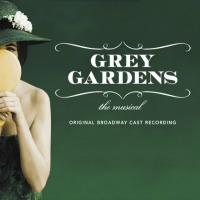 (5 / 5) Upon the opening of the Broadway production of Grey Gardens (and the release of the Broadway cast recording), the creative team deemed it the definitive version of their show and requested the discontinuation of the cast album of  the original Off-Broadway production, turning that recording into a collector’s item. Considering the musical’s generally grim story about former First Lady Jackie Kennedy’s peculiar aunt and pitiful cousin, Edith and Edie, who wind up living in sickening seediness, the Broadway album is a surprisingly fun listen. In its revamping, the musical lost four of its least inspired songs and gained three shiny new ones. Whereas the Off-Broadway album opens with a scratchy old recording of Edith singing “Toyland” that gets drowned out by the mother and daughter bickering, the Broadway album launches with the newly written “The Girl Who Has Everything,” an optimistic tune set within a conversation of pleasant reminiscing. The new song “Goin’ Places,” sung by Edie and her boyfriend, Joe Kennedy, Jr. (before he jilts her), substitutes a showy jazz number with upbeat lyrics about Joe’s future for Off-Broadway’s “Better Fall Out of Love,” a downer emphasizing why Joe and Edie aren’t right for each other. While the plodding “Tomorrow’s Woman” from Off-Broadway was simply eliminated, the spirited march “Being Bouvier” was re-constituted as “Marry Well,” changing the song from a cold military man’s boasting to warmer-toned advice for young girls from a concerned grandpa. The album also benefits from sparkling new orchestrations by Bruce Coughlin; the only major casting change made for the Broadway transfer, namely the replacement of Sara Gettelfinger by the superior singer Erin Davie as Edie in the first act; and the trimming of the unsettling dialogue that weighed down the Off-Broadway recording, which makes it easier for us to appreciate the humorous aspects of the story of poor, pathetic Edith and Edie. — L.J.S.