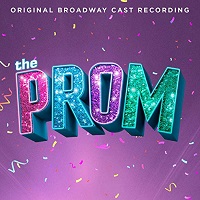 (4 / 5)  The Prom might be described as an old-fashioned musical comedy with a modern sound and up-to-the minute subject matter and plot, about a bunch of vain, self-absorbed, New York theater types who become Social Justice Warriors when they hear that an Indiana high school prom has been canceled to prevent a lesbian student from attending with her girlfriend.  The show’s book (by Bob Martin and Chad Beguelin) and score (lyrics by Beguelin, music by Matthew Sklar) offer much hilarity, plus several moments of heartfelt sentiment,  as the NYC peeps head to Indiana to try to make everything right. The culture- and ideology-clash results are truly funny through most of the action, yet the show carries a powerful and moving message about inclusiveness. As was the case with the Sklar-Beguelin scores for The Wedding Singer and Elf, the team again provides a clutch of songs notable for pleasing melodies, clever lyrics, and irresistibly catchy “hooks” — such as the sung phrases “One thing’s universal, life’s no dress rehearsal” in “Tonight Belongs to You” and “Build a prom for everyone, show them all it can be done” in “It’s Time to Dance.” As for the ballads, give a listen to “Unruly Heart” and “Dance With You” if you wish to enjoy songwriting of very high quality.  The cast is top-notch, with musical comedians Beth Leavel, Brooks Ashmanskas, Angie Schworer, Christopher Sieber, and Josh Lamon all brilliant as the visitors from Broadway, while Caitlin Kinnunen and Isabelle McCalla bring real emotional weight to the relationship of the two girls at the center of the controversy. — Michael Portantiere 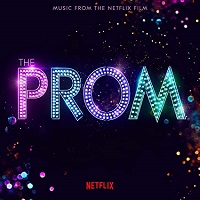 (3 / 5) Hollywood heavyweight Ryan Murphy loved The Prom so much that he gave the quirky underdog musical a splashy movie adaptation as part of his multi-million dollar production deal with Netflix. Typical of most movie versions of stage musicals (and most Murphy productions), everything here is big and flashy, with a high star quota in the principal roles and an enlarged ensemble of camera-ready young actors as the Indiana high schoolers. The soundtrack is frequently entertaining even as it highlights where and how Murphy often went wrong in his adaptation. From a purely musical standpoint, there’s a lot to recommend. The beefed up orchestrations are generally fantastic, channeling the lush fullness of old-Hollywood musicals. Fans of the stage show can rest easy knowing that no songs were cut for the movie, and that the majority of the celebrity cast members hold their own. Though Nicole Kidman is out of her depth as Angie, providing a rather lost-sounding “Zazz,” the other principals do strong work, with Meryl Streep offering her best singing to date as Dee Dee; those who may have been underwhelmed by her past forays into movie musicals will be surprised by Streep’s vocal command in “It’s Not About Me” and “The Lady’s Improving.”  As for Andrew Rannells in the role of  Trey, he makes “The Acceptance Song” the comedic highlight of the soundtrack. All of that said, by increasing the volume and brightening the sheen of the property, Murphy has zapped The Prom of a lot of its charm and humor; some of the crasser jokes have been re-written, and much of the dialogue included on the album is spoken with a confident poise that threatens to turn the whole enterprise into the kind of earnest attempt at artistic activism that the stage show was mocking. As the central high school couple, Jo Ellen Pellman and Ariana Debose sing as well as their Broadway counterparts, but they sound too mature to be believable as anxious, overwhelmed teenagers caught in a media frenzy. If this soundtrack loses some of the edge that made The Prom such special fun on stage, it’s still an enjoyable listening experience overall. — Matt Koplik