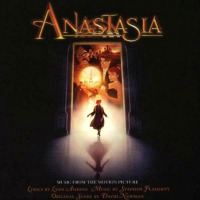 (2 / 5) Just as Disney Animation was beginning to see a decline in its musical renaissance in the mid-’90s, Fox Animation decided to try its hand with the Princess formula. The attempt resulted in Anastasia, an animated musical about the search for the Russian Grand Duchess, who was rumored for a time to still be alive after the Russian Revolution. At the center of it all is Anya, an orphan with amnesia. She’s roped into a ploy by con artists Dmitri and Vlad to pose as the lost Anastasia — only for the two to realize that Anya could actually be the Grand Duchess. A modest success in 1997, the movie is a fun diversion; but it takes ridiculously wild liberties with historical accuracy, going so far as to suggest that the Bolshevik Revolution was due to a magic spell cast by Grigori Rasputin, who comes back from the dead to seek revenge. What has gained the film a loyal following is the score by Broadway’s Lynn Ahrens (lyrics) and Stephen Flaherty (music). Considering how beloved that score has become — enough to lead to a Broadway incarnation 20 years later — it’s disappointing that this is not the team’s best work. Most of the songs are fine and enjoyable in themselves, but they lack any Russian flourish, and the score in general seems more designed to fit the Disney aesthetic than to create its own identity. However, two songs stand out: “Journey to the Past” and “Once Upon a December.” Both are sung definitively by Liz Callaway, and they receive an extra push from Doug Besterman’s orchestrations. These two tracks make the album worthwhile, even if the rest of the score is not of the same quality. — Matt Koplik 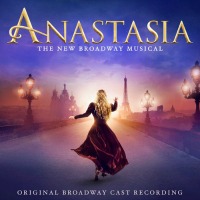 (3 / 5) Twenty years after its premiere in movie theaters, Anastasia arrived on Broadway with Ahrens and Flaherty expanding upon their original score and Terrence McNally coming in to add a more serious approach and historical context to the piece. However, in trying to honor the animated film as well as give the musical a more realistic perspective, the team came up with a stage musical of uneven quality. “Journey to the Past” and “Once Upon A December” remain high points, with Christy Altomare a more than worthy successor to Callaway, though the smaller Broadway orchestrations — once again by Doug Besterman — do them a slight disservice. And while Ahrens and Flaherty have been able to add a few welcome numbers to flesh out the characters (“My Petersburg” and “In a Crowd of Thousands”), these and other new songs feel disconnected from the ’90s originals in tone and style. Also, Ramin Karimloo, while serving as a more realistic villain than the film’s Rasputin, is sadly wasted as Gleb, a Russian officer in the new regime. His rich tenor is underused in the score’s two blandest new entries, “Still” and “The Neva Flows.” That said, this album is a much more fulfilling listening experience than the film soundtrack. And Altomare is a charming Anya, while Caroline O’Connor and Mary Beth Peil respectively bring jolts of energy and gravitas to their roles of the Countess Lily and the Dowager Empress. — M.K.