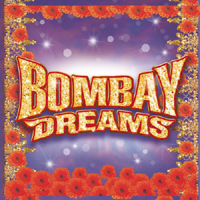 (3 / 5) This is the world’s first pop-rock, English-Hindi-Punjabi stage musical — but it isn’t as exotic as it sounds. Andrew Lloyd Webber produced the show, “based on an idea” that he and Shekar Kapur devised, about a naif finding fame in the hyperactive Bombay film industry known as Bollywood. Like most Lloyd Webber shows, Bombay Dreams is big on spectacle (the saris! the fountains!) but short on logic; it exists mainly as a showcase for a popular young composer, in this case, A. R. Rahman, who has written the music for dozens of Bollywood films. Rahman is a real talent with a lively gift for melody and a wide palette of styles. The recording opens with quiet mystery: Chords waft in as chant-like singing creates an atmosphere of suspense, then you can practically hear the smoke clearing as the slums of Bombay (now called Mumbai) awaken. The pace picks up and a beguiling tune kicks in, along with Don Black’s leaden lyrics, as the ambitious hero Akaash (Raza Jaffrey) dreams of stardom: “Like an eagle was born to fly, ride across the open sky / I was born to be seen on a screen in Bollywood.” And then the show plows through the expected: good guys versus bad, concerned families, broad humor, splashy musical numbers. It all adds up to a boy-meets-girl, boy-loses-girl, eunuch-sings-about-love musical. With breathy voices given digital treatments a la Cher, the album has a trendy pop sound that’s impossible to resist. The lyrics of “Shakalaka Baby” are silly, yet the song is infectious and lots of fun. (Note: A revised version of Bombay Dreams, with a book adapted by Thomas Meehan and some new songs, opened on Broadway in 2004 and ran for eight months, but did not yield a cast recording.)  — Robert Sandla