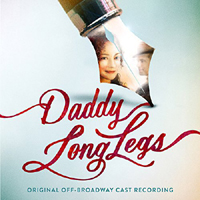 (3 / 5) In Jean Webster’s 1912 novel Daddy-Long-Legs, Jerusha Abbott is an orphan whose intelligence prompts orphanage trustee Jervis Pendleton to pay for her education. He requests monthly reports on her studies through letters from her, though he has made it clear that he will not reply, remaining anonymous. Ultimately, she discovers he is her roommate’s highly attractive uncle. The novel’s success inspired a play, a 1951 London musical (Love From Judy), and four films. (The Fred Astaire movie Daddy Long Legs is far removed from the original.) The challenge for any adapter is the book’s epistolary style; the reader sees Jerusha’s experiences through her highly personable missives, and falls for her as Jervis does. How to translate a bunch of letters to the stage? The obvious answer is to open up the story, crowding the stage with multiple sets and lots of classmates and friends who are referred to in the book. But John Caird (book) and Paul Gordon (songs) pared their musical to the bare bones: Jerusha, Jervis, and those letters, which comprise most of Jerusha’s songs, performed by Megan McGinnis with a fine sense of developing maturity. The letters are also the indirect source of the songs written for Jervis (Paul Alexander Nolan),  as they represent his reactions to them. The greatest strength of the score is the arc of these letter songs. In “Like Other Girls,” Jerusha frets about fitting in, given her humble background, and she bemoans her ignorance of the classics in the delightful “Things I Don’t Know.” Jervis believably moves from reserved philanthropy (“She Thinks I’m Old”) to following Jerusha’s syllabus to wondering “What Does She Mean By Love?” Gordon convincingly explains Jervis’s reluctance to emotional attachments, a key reason why he keeps his identity secret even after meeting Jerusha in person. There are other gems — the sprightly “My Manhattan,” a valentine to New York, and the agonizing “Graduation Day,” when Jerusha’s heart breaks because she thinks her mysterious benefactor is a no-show. (He’s there, of course, and also hurting.) Not everything works. The opening is somewhat mired in exposition, especially Jerusha’s impersonation of another orphan. Jervis’ realization number, “Charity,” lacks the emotional punch it needs, and the finale, “All This Time,” is far too understated; we’re invested in this pair, and we want a bigger payoff.  Gordon’s melodies are intimate and sweet, played by piano, cello and guitar. The score is not period, but it fits the property in other respects.  A final note: Those who grew up with the novel may wonder why, in the musical, Jerusha doesn’t change her hated first name, foisted on her at the orphanage. Paul Gordon has said he wrote a song for that scene, but it didn’t work well — and also, unlike the character, he and Caird like the name “Jerusha.” — Laura Frankos