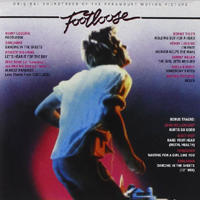 (3 / 5) Directed by Herbert Ross, with a screenplay by Dean Pitchford, Footloose is about some small-town teenagers who attack a municipal ordinance and do battle with a fundamentalist pastor in an effort to have dancing allowed at their high-school prom. (The plot was inspired by a controversy in Elmore City, Oklahoma, where the 1980 repeal of an anti-dancing law led to the town’s first sock hop in over 100a hundred years.) The film has a superb cast: Kevin Bacon as a big-city kid transplanted to a no-dancing hamlet; Lori Singer as his love interest; John Lithgow as the pinheaded preacher; and Dianne Wiest, Sarah Jessica Parker, and Chris Penn in supporting roles. Pitchford, an accomplished rock lyricist, enlisted Kenny Loggins and several others to collaborate on and perform songs for the movie’s soundtrack. Those songs include Loggins’ rendition of the title number and “I’m Free (Heaven Helps the Man),” Mike Reno and Ann Wilson doing Eric Carmen’s “Almost Paradise,” Deneice Williams singing Tom Snow’s “Let’s Hear It for the Boy,” Karla Bonoff’s rendition of “Sornebody’s Eyes,” Shalamar’s “Dancing in the Sheets,” Sammy Hagar’s “The Girl Gets Around,” Moving Pictures’ “Never,” and Bonnie Tyler’s delicious “Holding Out for a Hero.” The “remastered and enhanced” CD offers four bonus tracks: John Mellencamp’s “Hurts So Good,” Foreigner’s “Waiting for a Girl Like You,” Quiet Riot’s “Bang Your Head,” and a remix of Shalamar’s “Dancing in the Sheets.” — Charles Wright 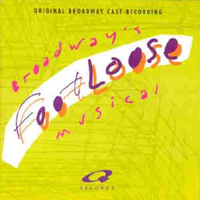 (1 / 5) When Footloose was adapted as a stage musical, it turned out that the movie’s vintage rock songs, wonderful as they may be, were too closely identified with the performers on the film soundtrack to seem anything but odd in the hands of show-music veterans like Dee Hoty and Broadway babies like Jeremy Kushnier and Jennifer Laura Thompson. Even if their idiom weren’t foreign to this context, the songs from the film, as compared with the ones that Pitchford and Tom Snow wrote expressly for the stage version, are shoehorned, rather than integrated, into the action. On this original cast recording, the really good songs — that is, the ones from the movie — aren’t given their due, and the additional numbers don’t live up to what’s on the soundtrack. — C.W.