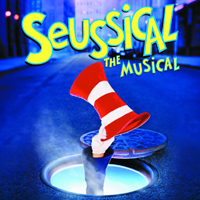 (4 / 5) Whatever was wrong with producers Barry and Fran Weissler’s attempts to cobble a musical out of bits and pieces of Dr. Seuss’ cherished children’s books, it certainly wasn’t the Stephen Flaherty-Lynn Ahrens score. Flaherty’s unfailingly tuneful melodies run the gamut of always appropriate pastiche, including soft rock, jazz, blues, salsa, folk — and, yes, a little ragtime. This composer is always good for a great ballad or two, as well; here we have the yearning, soaring “Alone in the Universe” and “Solla Sollew,” a bewitching lullaby in the “Toyland” tradition. Ahrens’ lyrics are Seussier than Seuss, for example: “If you’re hungry, there’s schlopp in the frig-e-merator!” Happily, the “life lessons” demanded of a children’s musical aren’t pounded into the ground, although “A person’s a person, no matter how small” gets more airing than may be necessary. The sound effects-heavy cast album conveys all the ingeniousness of the score but also betrays some of the misjudgment that marred the short-lived Broadway production of Seussical. Making the Cat in the Hat the evening’s emcee is sensible, but the gifted mime David Shiner isn’t the man for the job; he’s simply not a good singer, and his over-emphatic line readings sound like they come out of Saturday morning cartoons. Sharon Wilkins’ Sour Kangaroo overshoots the runway, too, with her astringent blues inflections and contrived melismas. But most of the principals are just right: Kevin Chamberlin’s sweet-souled Horton, Janine LaManna’s hapless Gertrude McFuzz, Michele Pawk’s brassy Mayzie LaBird, Anthony Blair Hall’s non-cloying JoJo. And how nice to find Broadway veteran Alice Playten in the supporting cast as the Whoville mayor’s droll wife. — Marc Miller 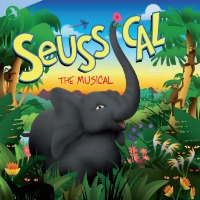 (4 / 5) Seussical has had a healthy afterlife, thanks in part to some post-Broadway rewrites as represented in a popular Theatreworks/USA touring production that had a stint at the Lucille Lortel Theatre in 2008. The recording of that production doesn’t sound like an Off-Broadway cast album, possessing a full (though synth-heavy) orchestra and a large chorus. It preserves the changes Ahrens and Flaherty had made to the show, which aren’t huge; if you feel about them as I do, you’ll like the new bits and miss some of the old. The new Horton (Brian Michael Hoffman) and Gertrude McFuzz (Karen Weinberg) may not have quite as much personality as their Broadway counterparts, but they’re fine, and the Cat in the Hat (Shorey Walker) is a marked improvement. The revisions do produce a tighter, more purposeful narrative, and a vigorous celebration of all things Seuss. This remains a tuneful, imaginative score in the classic tradition. I’ll give the Broadway version a slight edge for some of the performances, but both albums are delightful. — M.M.