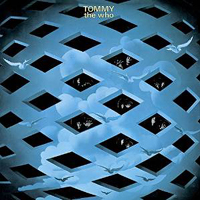 (5 / 5) Originally conceived for presentation on record, this seminal “rock opera” is thrillingly melodic and dramatic. Small wonder that it was subsequently adapted as a film and, later, a Broadway musical. Tommy was mostly composed for The Who by guitarist Pete Townshend, but there is additional material by two other members of that legendary rock band, John Entwistle and Keith Moon. Oddly, the score also includes “Eyesight to the Blind,” a pre-existing song by Sonny Boy Williamson; Townshend presumably added the number because it fits well into this story of a deaf, dumb, and blind boy who becomes world famous as a “Pinball Wizard.” Most of the character Tommy’s songs are performed by Roger Daltrey, who sings beautifully and persuasively. Among the recording’s many highlights are “Amazing Journey,” “Go to the Mirror, Boy,” “I’m Free,” and “Sensation.” — Michael Portantiere 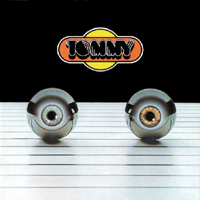 (3 / 5) Realizing that Tommy is filled with wonderful melodies that could benefit from symphonic treatment, Lou Reizner produced a complete recording of the score featuring the London Symphony Orchestra and Chambre Choir with soloists Pete Townshend, Roger Daltrey, and John Entwistle of The Who, plus Maggie Bell as the Mother, Steve Winwood as the Father, Ringo Starr as Uncle Ernie, Rod Stewart rasping out “Pinball Wizard,” and Richie Havens singing “Eyesight to the Blind.” Unfortunately, arrangers Wil Malone and James Sullivan threw out the baby with the bathwater, largely obliterating the rock-band sound of the piece with symphonic orchestrations. On top of that, the veddy proper-sounding choir creates an odd impression in numbers like “Pinball Wizard” and “We’re Not Gonna Take It,” as if they were recording Handel’s Messiah rather than a seminal rock opera. Among the most successful cuts on the album are “It’s a Boy” and “Amazing Journey,” if only because they retain something of an authentic rock sound. — M.P. 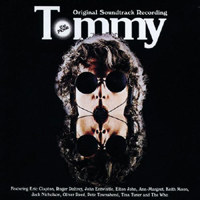 (2 / 5) This recording has several things to recommend it: Roger Daltrey, at the peak of his vocal powers, is back again in the title role; The Who’s drummer, Keith Moon, does a fine job in the role of Uncle Ernie; and the rest of the band members make cameo appearances in the “Pinball Wizard” sequence and elsewhere. Ann-Margret sings well as Tommy’s mother (here called Nora), even if she sometimes over-emotes. The starry supporting cast includes Elton John (“Pinball Wizard”) and Eric Clapton (“Eyesight to the Blind”). On top of all this, the one-and-only Tina Turner is the definitive Acid Queen. But the album has two big strikes against it: The unrelenting deployment of synthesizers in the arrangements actually makes the score sound more dated than it does on The Who’s original recording, and Oliver Reed sings very poorly in the major role of Tommy’s mother’s lover. Legend has it that Jack Nicholson, having been cast in the film in the small role of the Doctor, was nervous about his singing ability, but when he heard Reed’s pre-recordings, he relaxed. It’s easy to understand why. — M.P. 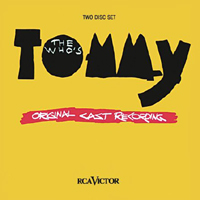 (3 / 5) It wasn’t until almost a quarter-century after the release of The Who’s original recording of Tommy that the piece was finally adapted as a full-fledged stage musical. The resulting show had a lot going for it, as does the cast album, produced by the legendary George Martin. Michael Cerveris is persuasive in the title role, complete with a convincing if somewhat aggressive British accent. As Tommy’s mother and father, Marcia Mitzman and Jonathan Dokuchitz also sound credibly British. The three leads sing spectacularly well, and sharply etched supporting performances are turned in by Paul Kandel as Uncle Ernie and Anthony Barrile as Cousin Kevin. The musical adaptation pays homage to the original album while adding a theatrical flair; the addition of orchestrations to the basic rock-band sound is more successful here than on the 1972 symphonic recording. (Steve Margoshes is credited with the orchestrations, while Joseph Church is listed as musical supervisor and director.) Director Des McAnuff oversaw a production that was praiseworthy in many respects. In fact, the show’s only major flaw was that Pete Townshend rewrote two key sections of the opera for no good reason. First, while Cheryl Freeman as the Gypsy does a fine job with the “Acid Queen” number, the song is strangely reconceived so that this drug-addicted prostitute sings about what she’s going to do to Tommy but never actually does it. Much worse, Townshend futzed with the ending of the piece in a way that completely contradicts the original point. In all previous versions of Tommy, the title character becomes the leader of a quasi-religious cult, and his followers turn against him when they realize that he’s attempting to control their minds; in this version, Tommy’s acolytes rebel because he tells them they should think for themselves! — M.P.