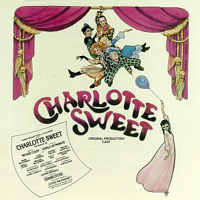 (2 / 5) I find librettist Michael Colby to be extremely talented, with more natural gifts as a lyricist.  (His shows are through-sung.) Here set to music by Gerald Jay Markoe, Colby’s lyrics are clever, carefully rhymed, and properly accented. But, invariably, 20 minutes into each of Colby’s shows, I want to wring his neck. The plotting of his musicals is always silly and goes too far, leaving amusement behind. In effect, his cleverness calls repeated attention to itself, which becomes tiresome. Charlotte Sweet is a musical about a young woman whose mother, “a chronic shiverer,” has smothered under the many “Layers of Underwear” (song title) that it took to try to warm her up. Paying for all that underwear has put the family in debt to the unbelievably evil Barnaby Bugaboo, who loves Charlotte and who runs a music-hall show filled with singing schizophrenics and lunatics. Charlotte has a freakishly high voice, and Barnaby agrees to cancel the family’s debt if she will join his Circus of Voices. She does so. Eventually, Barnaby destroys her voice, and then he addicts her to balloons filled with helium so that she can still hit the high notes. All kinds of people dress up as other people and, at the end, just about all the characters are killed before it’s revealed that they weren’t really (killed, that is). Clever isn’t enough for this kind of writing; you have to be actually funny, which is a very different thing and which, I’m afraid, Charlotte Sweet isn’t.  — David Wolf