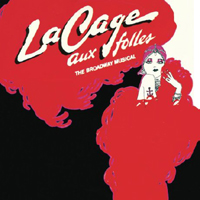 (4 / 5) Harvey Fierstein’s book for this musical closely follows Jean Poiret’s stage farce, the film version of which became a huge hit, about the chaos unleashed when the son of a St. Tropez gay couple, one of whom is a drag nightclub star, becomes engaged to the daughter of a conservative politician. But this La Cage aux Folles is the only version — including the American film remake, The Birdcage — that portrays the two men, Georges and Albin, as deeply in love. Indeed, Jerry Herman’s touching “Song on the Sand” is still one of the few gay love ballads to come out of Broadway. Among the other choice items are Albin’s delightful paean to drag, “A Little More Mascara,” and the title song about the nightclub (“You go alone to have the evening of your life / You meet your mistress and your boyfriend and your wife!”) Additional highlights of the score are “Look Over There,” an angry defense of gay parenting, and “The Best of Times,” with its live-for-today philosophy. The first-act closer, “I Am What I Am,” is in a class by itself, and George Hearn’s savage rendition of it is one of the great Broadway performances of the decade. Gene Barry does sensitive work as Albin’s spouse. JimTyler’s brassy orchestrations add a touch of Jacques Brel to Herman’s melodies. This show sends Sondheim fans into a tizzy for having snatched away the Best Musical Tony Award from Sunday in the Park With George, but in my book, the Tony voters were right. — David Barbour