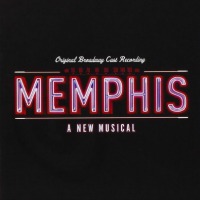 (3 / 5) Winner of 2010 Tony Awards for Best Musical, Book, Original Score, and Orchestrations, Memphis charts an enjoyable journey through the pioneering days of rock ‘n’ roll, when rhythm and blues morphed into a new musical genre mixing black and white influences and exciting young, integrated audiences. Set in the 1950s, when racial segregation was still the norm in much of America, the energetic musical’s plot centers around a Memphis-based, white DJ, Huey Calhoun (Chad Kimball), who is enamored of and daringly promotes African-American music. He soon falls in love with a black female singer (Montego Glover) and jump-starts her rise to stardom. Joe DiPietro’s serviceable book frames an invigorating score, with music by Bon Jovi’s David Bryan and lyrics by Bryan and DiPietro. The songs recall iconic rock performers, sounds (guitar riffs, doo-wop harmonizing, soulful blues), and hits of the period; at least three numbers sound remarkably like “Jailhouse Rock.” Yet these references are packaged within a score that’s structured Broadway-style, featuring dramatic solos enhanced by solid ensemble singing, colorful orchestrations, wordy (sometimes overly so) lyrics, and infectious dance breaks. The cast album highlights come at the beginning and the end. The opening jump blues number, “Underground,” is  followed by the searing ballad “The Music of My Soul,” and these songs let us know we’re in for a rebellious ride through rough racial terrain, while the catchy “Everybody Wants to Be Black on a Saturday Night” gets us gleefully on board. Heightening the show’s bittersweet climax, when the lovers part, “Memphis Lives in Me” salutes Huey’s hometown and all it represents emotionally, culturally, and musically. The upbeat finale, “Steal Your Rock ‘n’ Roll,” exemplifies the score’s accessible if unimaginative blend of pop appeal, Broadway pizzazz, and early rock sensibilities. Throughout, Kimball sings Huey’s songs with scratchy grit and raw expressiveness; his superb acting contributed immeasurably to the musical’s success on Broadway. As Felicia, the singer who captures Huey’s heart, Glover offers dramatically nuanced versions of the showpieces “Colored Woman” and “Love Will Stand When All Else Fails.” — Lisa Jo Sagolla 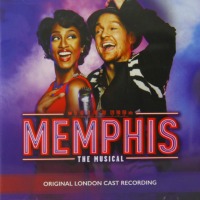 (3 / 5) Five years after it opened on Broadway, Memphis played for a year on London’s West End. Though one can detect slight differences in the arrangements, orchestrations, and tempi of several songs, the only significant dissimilarities between the Broadway and London cast albums lie in the singing of the lead performers. As Huey, a character loosely inspired by the trailblazing, Memphis-based, white DJ Dewey Phillips (who championed black music), Killian Donnelly offers smoother, prettier, more technically polished singing than Chad Kimball in his renditions  of the heartfelt “The Music of My Soul” and “Memphis Lives in Me,” as well as the wild “Crazy Little Huey.” Beverley Knight sings Felicia’s songs with greater authority than Montego Glover, perhaps too much authority for the vulnerable character. Overall, the Broadway album proves more effective as theater music; there’s more variety among the vocal qualities of the cast members, so their characters come through with greater distinction. “She’s My Sister,” a heated duet between Huey and Felicia’s brother, generates less tension on the London album and is harder to follow because the performers’ voices don’t contrast as forcefully as do those of their Broadway counterparts. But whereas the Broadway album offers a superfluous bonus track of Memphis composer/co-lyricist David Bryan singing “The Music of My Soul” over his own too-loud piano accompaniment, the London recording’s bonus is an impressive performance by Bryan of “Memphis Lives in Me.” — L.J.S.