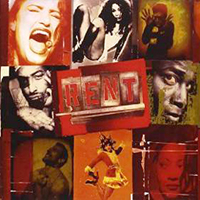 (5 / 5) Rent is a heartbreaking work in more than one sense. First, it’s a moving reimagination of La Bohème as a portrait of struggling artists on New York’s Lower East Side in the 1990s, coping with poverty, drugs, and AIDS. Second, composer-lyricist-librettist Jonathan Larson died before the first preview, depriving us of a major voice in the musical theater. Larson’s rich melodic gift is on full display here as he cunningly creates a Broadway opera in a modern musical idiom. Among the best items are “One Song Glory,” sung by the creatively blocked, HIV-positive musician Roger; “Light My Candle,” the seductive entrance for the ailing Mimi; the clever catalogue song “La Vie Bohème” (surely the only lyric to reference Maya Angelou, Stephen Sondheim, Susan Sontag, and the Sex Pistols); and the time-spanning “Seasons of Love.” But the score is filled with alluring, propulsive melodies and a fresh lyrical wit that undercuts any sentimentality. Rent has long since become a period piece, yet it remains viable because Larson captures the wounded idealism of his characters and makes you care deeply about them. The original production launched the careers of Adam Pascal (Roger), Daphne Rubin-Vega (Mimi), Anthony Rapp (Mark Cohen), Idina Menzel (Maureen), Taye Diggs (Benny), Jesse L. Martin (Tom Collins), and Wilson Jermaine Heredia (Angel). There’s not a weak performance in the bunch. The two-disc recording preserves the entire score and therefore reveals the breadth of Jonathan Larson’s ambition and talent. This is a key work that reached a new generation of young theatergoers. — David Barbour 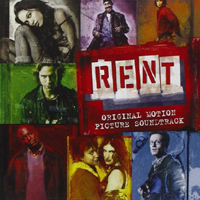 (3 / 5) The film is but a shadow of the show, and the soundtrack can be summed up as smother, shorter, and slighter. Gone is much of the show score’s connective tissue in the form of brief musical sequences such as the phone calls from Mark and Roger’s mothers and the predatory television producer Alexi Darling. Also regrettable is the deletion of the “On the Street” and “Contact” sequences, which reveal much about the characters. Most of the Broadway principals repeated their roles in the movie, with two exceptions: Rosario Dawson is an acceptable Mimi, but the raw immediacy of Daphne Rubin Vega’s interpretation is much missed; and Tracie Thoms as Joanne isn’t as witty a sparring partner for Idina Menzel’s Maureen as was Fredi Walker. On the plus side, Wilson Jermaine Heredia’s rendition of the percussive, rapid-fire “Today for You” is more intelligible. The decision to begin the film with the breakout hit “Seasons of Love” is an indication that something has shifted here. When Rent opened, it was already a look back at a vanishing Lower East Side; the film and, by extension, the soundtrack recording treat it as a distant era in history, and as a consequence, a lot of the excitement is lost. Still, there are some fine cuts, and this version may be enjoyable to casual fans. A bonus track, “Love Heals,” written by Larson but left out of the show, was probably added in a vain attempt at garnering an Oscar nomination for Best Song. — D.B.