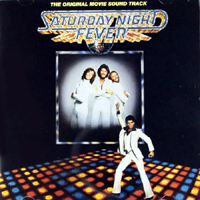 (2 / 5) Iconic though this movie may be, the blockbuster soundtrack album of Saturday Night Fever is distressingly dated. Even if individual songs are terrific, how much disco can you stand in one sitting? That’s the defining factor here. The Bee Gees deliver “Stayin’ Alive,” “Night Fever,” and “How Deep Is Your Love?” largely in falsetto, and so on and so on. In addition to two versions of “More Than a Woman,” there’s Walter Murphy’s “A Fifth of Beethoven” — a disco version of Beethoven’s Ninth Symphony — and “If I Can’t Have You,” performed by Yvonne Elliman. Also included are a few instrumental tracks written by David Shire. — Seth Christenfeld 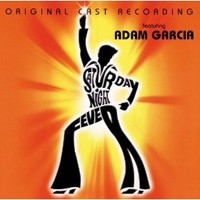 Original London Cast, 1998 (Polydor) No stars; not recommended. This recording begins with an overture that quotes “Stayin’ Alive,” and then it just gets worse. The film soundtrack has better versions of all the songs, even if it lacks the two new items that the Bee Gees wrote for the stage show: the unpleasant battle-of-the-sexes dance number “It’s My Neighborhood” and the bad ballad “Immortality.” Adam Garcia may have been charismatic as Tony Manero onstage, but on the cast album, he’s just another mediocre singer. Tara Wilkinson’s “If I Can’t Have You” is an unmemorable performance, and the efforts of the other cast members aren’t any better. The recording is mercifully brief, containing only about half of the score and none of Nan Knighton’s “book” for the musical. In this case, less is definitely more. — S.C.